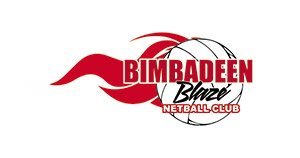 In 2017, Bimbadeen Heights Netball Club in affiliation with Kilsyth Football Club, created a new Eastern Football Netball Team – Kilsyth Cougars. In our debut season, the team achieved great success finishing top of the ladder in Division 3 and taking out the premiership title.

In 2018 we were very excited to announce that we had expanded to 3 teams, competing in Divisions 1, 2 and 3.

The 2019 season commences 26 April and concludes 16 August with finals to follow. Games are played every Friday night at various times and locations across the EFL district including: 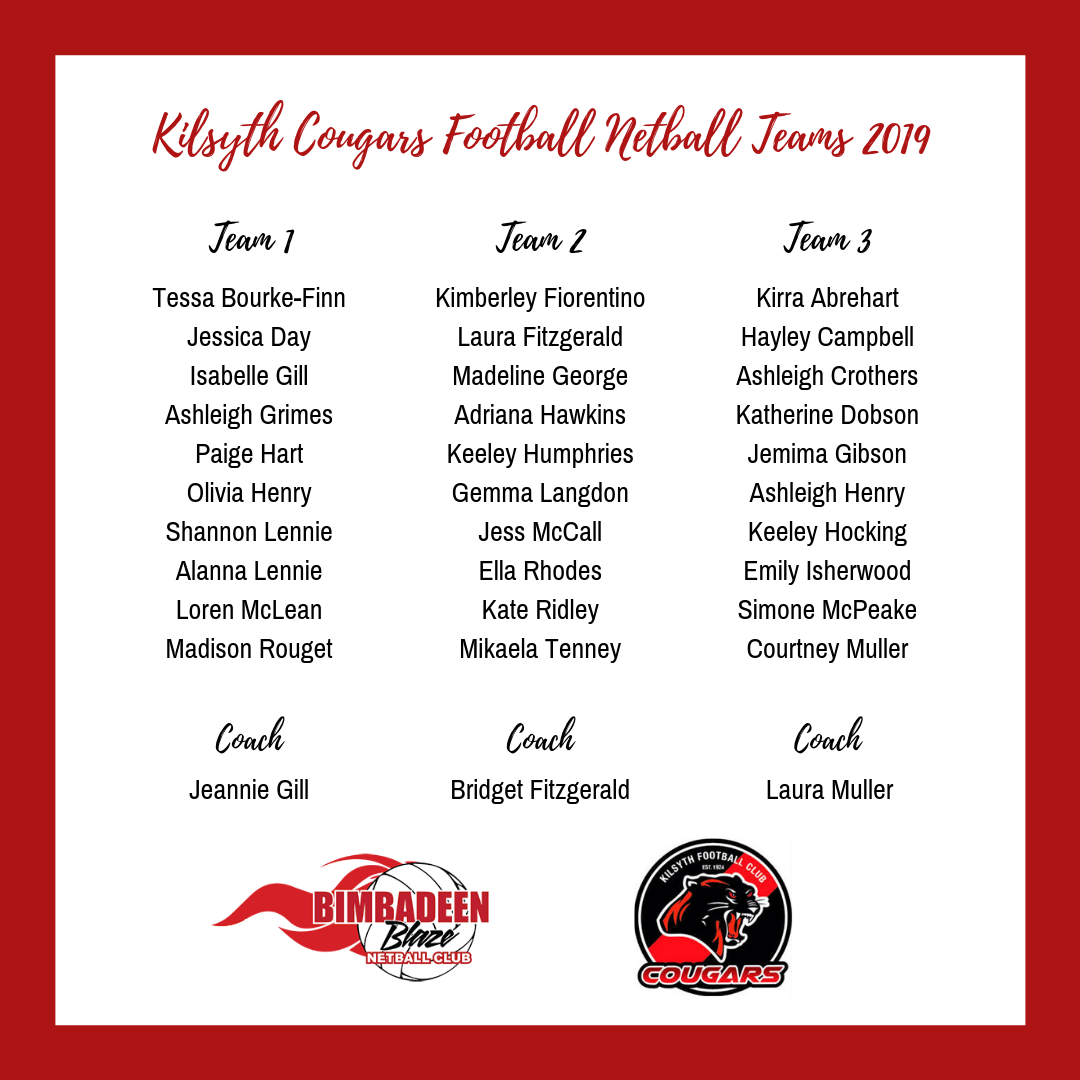 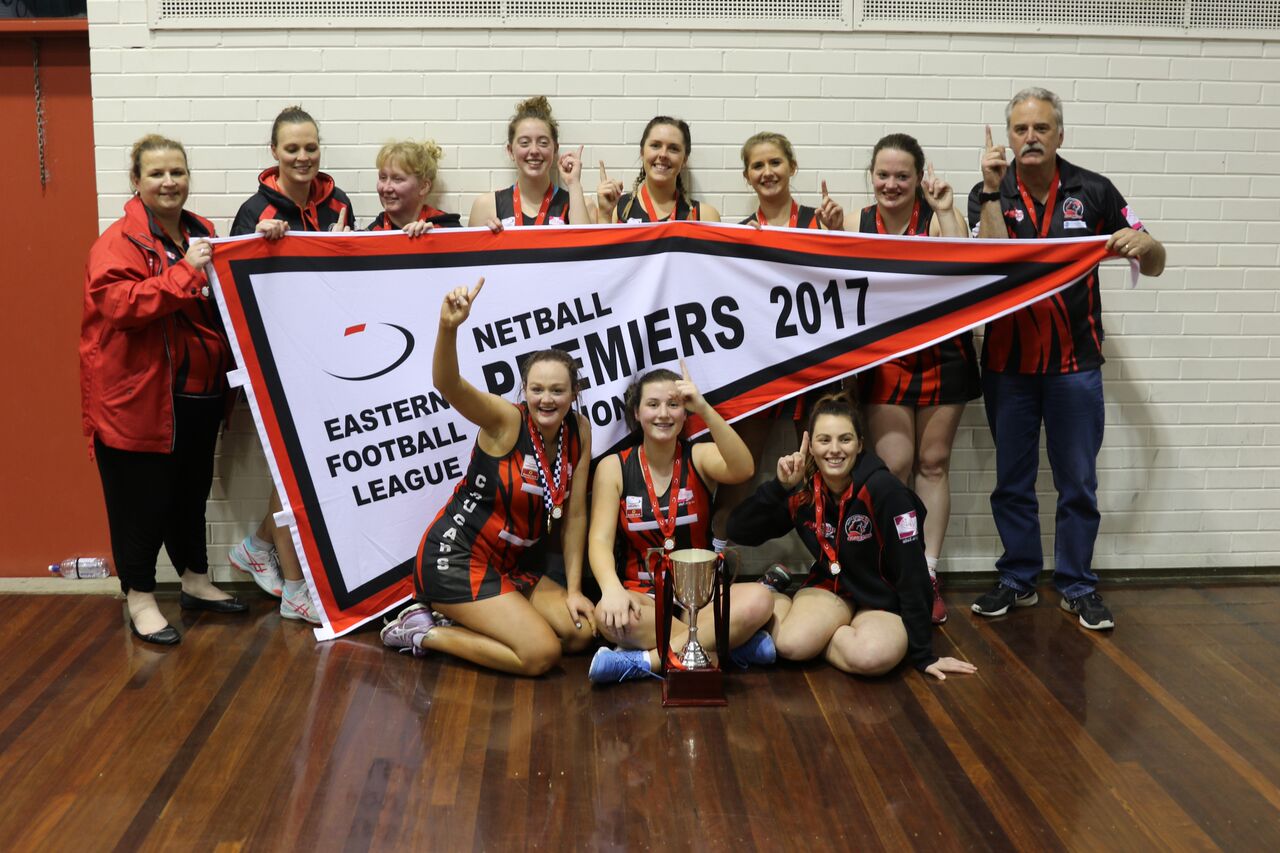 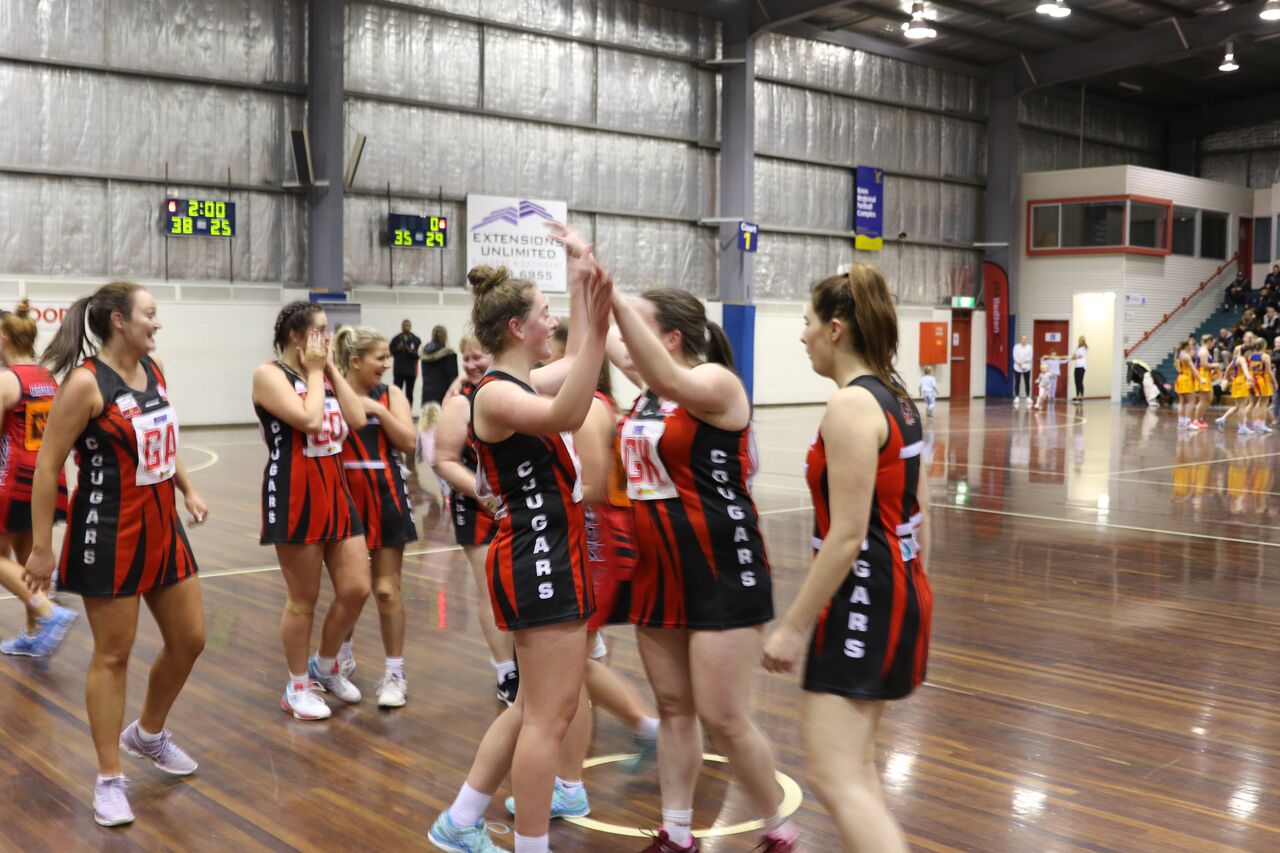 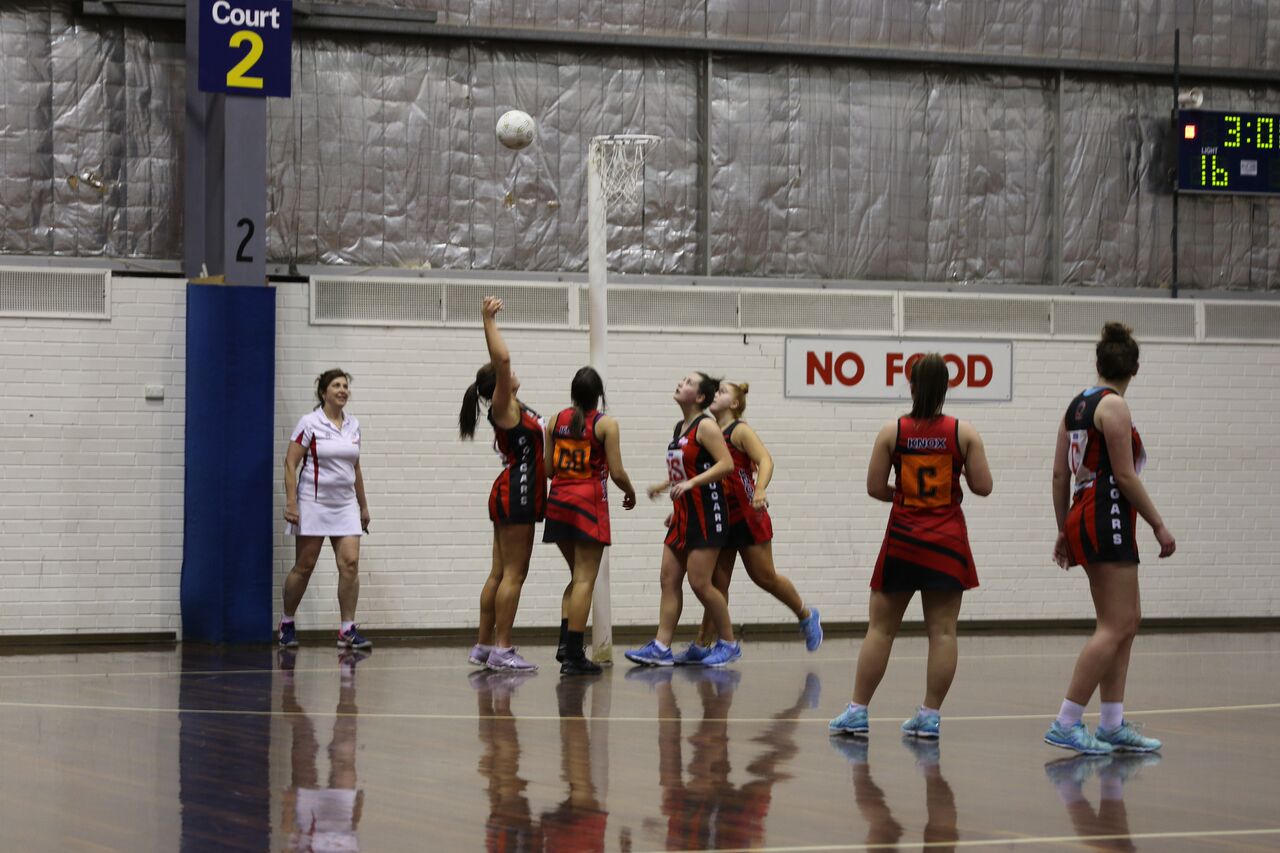